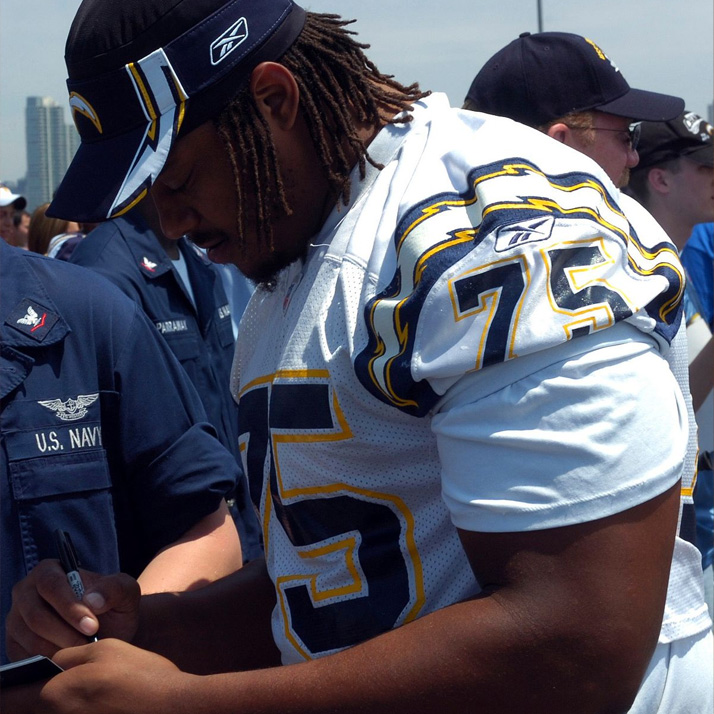 Leander Jordan is a former offensive tackle in the National Football League (NFL). He was drafted by the Carolina Panthers in the third round of the 2000 NFL Draft. He played college football at Indiana University of Pennsylvania. 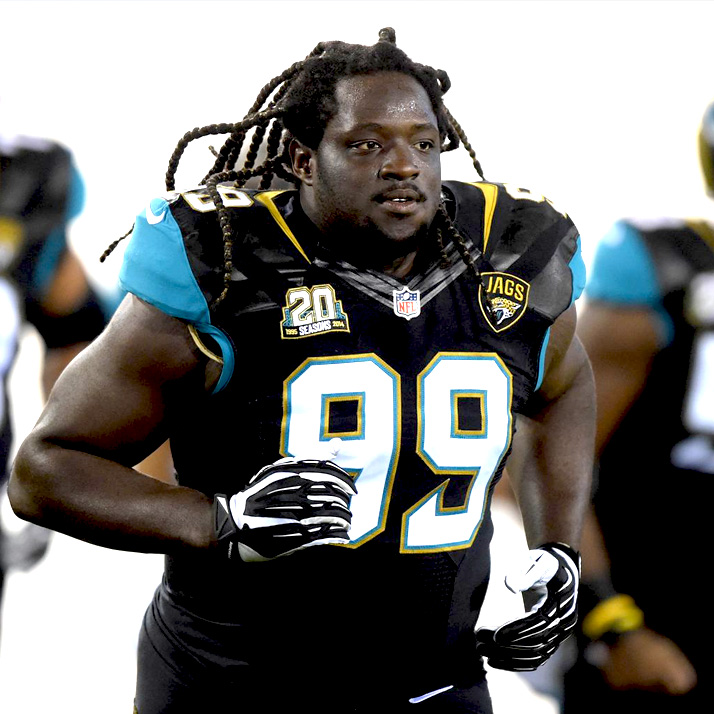 Sen’Derrick Marks is a former American football defensive tackle. He played college football at Auburn, and drafted by the Tennessee Titans in the second round of the 2009 NFL Draft. He would later play with the Jacksonville Jaguars. 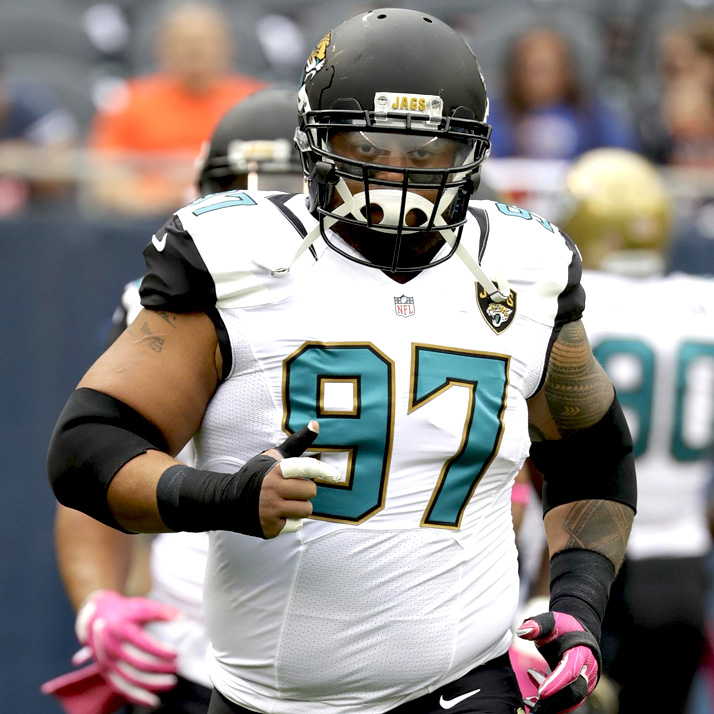 Roy Miller is a defensive tackle who played nine seasons in the National Football League (NFL). He played college football for the Texas Longhorns, and was drafted by the Tampa Bay Buccaneers in the third round of the 2009 NFL Draft. He has also played for the Jacksonville Jaguars and Kansas City Chiefs. 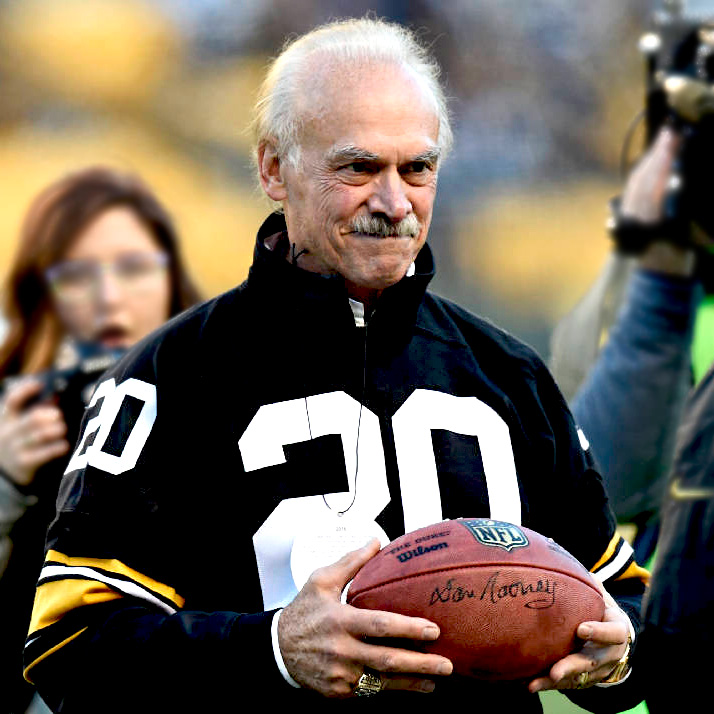 Rocky Bleier is an Army veteran who also played in the National Football League (NFL) with the Pittsburgh Steelers. Where he won 4 Super Bowl Championships.